The store will not work correctly in the case when cookies are disabled.

• Due to Covid-19 related delays in shipping services, the following services are not guaranteed:
Domestic Media Mail, Priority International and First Class International 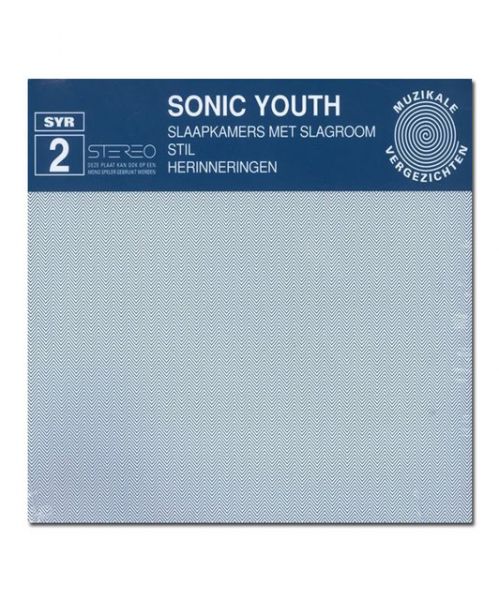 $6.00-$12.00
Available in CD, vinyl, or digital download format. Track Listing: Side One 1.Slaapkamers Met Slagroom Side Two 1. Stil 2. Herinneringen The second in a set of self-released instrumental EPs, SYR 2 follows through on the promise of SYR 1 while exploring new territory. A noisier record than its predecessor, SYR 2 nevertheless shares the same modus operandi -- namely, it's purely improvised music that gleefully wanders into uncharted territory. Even at its noisiest, the EP reveals that Sonic Youth has remarkable interplay. Each member can sense where the other will go, and that's what's so fascinating about the EPs -- there are no clear-cut themes, structures, or leaders, it's simply Sonic Youth without a harness. Toward the end of the record, the band ventures into quieter territory, immediately making clear their influence on such post-rock bands as Tortoise. Although SYR 2 is slightly less rewarding than SYR 1, its unpredictable, continually shifting sonics make for an endlessly intriguing listen. - Stephen Thomas Erlewine AllMusic For information on accessing download, click HERE.
Availability:In stock
SKU SYR02
More Information
More Information